It is tempting to think of topiary as a quintessentially British garden feature, yet it has origins back over 2000 years, at least to Roman times. The naturalist and philosopher, Pliny, made reference to the practice as early as the First Century AD. Although the techniques gradually became less prevalent, they were kept alive in monasteries and then experienced a rebirth in the formal gardens of the Renaissance. 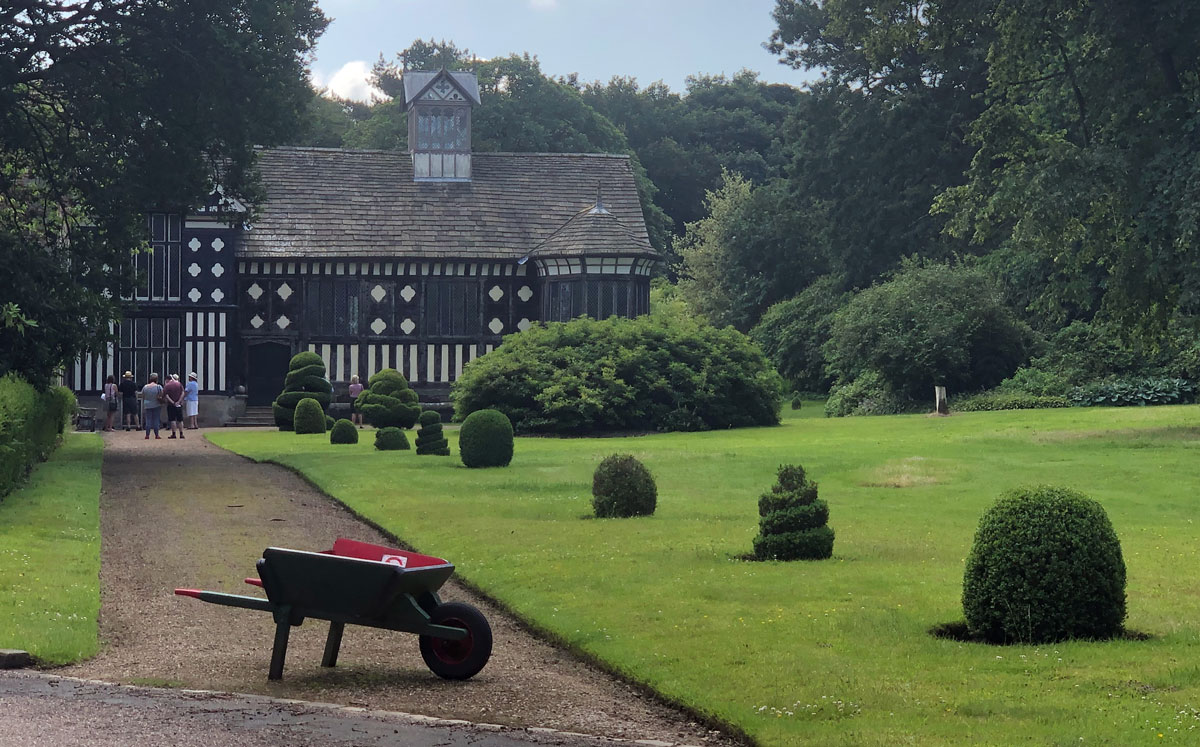 There is however, a strong tradition of the practice in the UK, from the cloud shaped twmps of clipped yew at Powis Castle, to the classic gardens of Hampton Court and the trimmed globes atop the hedges at Shakespeare’s home cottage, paying a visual hommage to his theatre of that name.

Here at Lost Art, we are always delighted when we can help in the maintenance of landscaping traditions and so we were pleased to be commissioned to produce a number of topiary guides for inclusion in the redevelopment of a formal garden in the grounds of a rather imposing private residence. 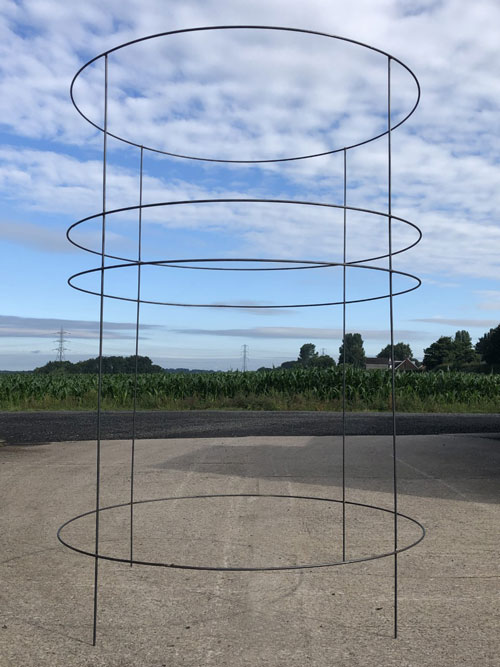 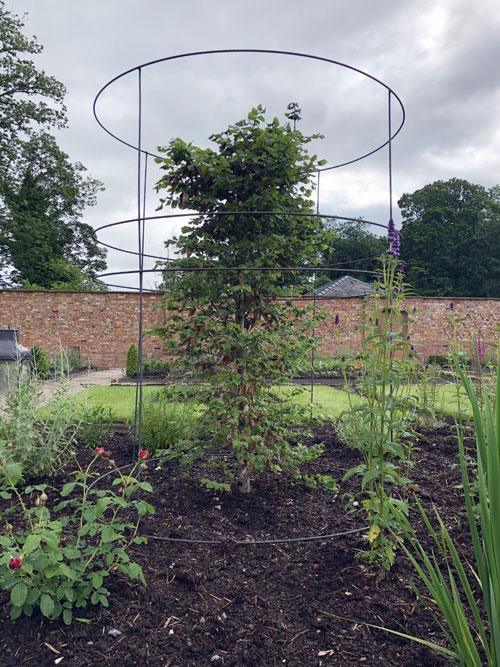 Produced from untreated mild steel – in contrast to the remainder of our products, which are definitely built to last – the topiary guides are intended to remain in position only until the foliage is sufficiently plentiful and robust that it will retain its shape and structure after trimming, and so the guides can then be removed and reused, or responsibly recycled.

As can be seen above, these examples were produced to allow for the development of rounded and square shaped plantings, but one of our strengths is to work to the wishes of the client, and so, we are able to produce guides to virtually any size and to the shape required by the customer.

We look forward to returning to these examples when they are fully developed and in the meantime are happy to discuss sizes, shapes and cost with anyone else who is interested. Do give us a call or drop us an email. 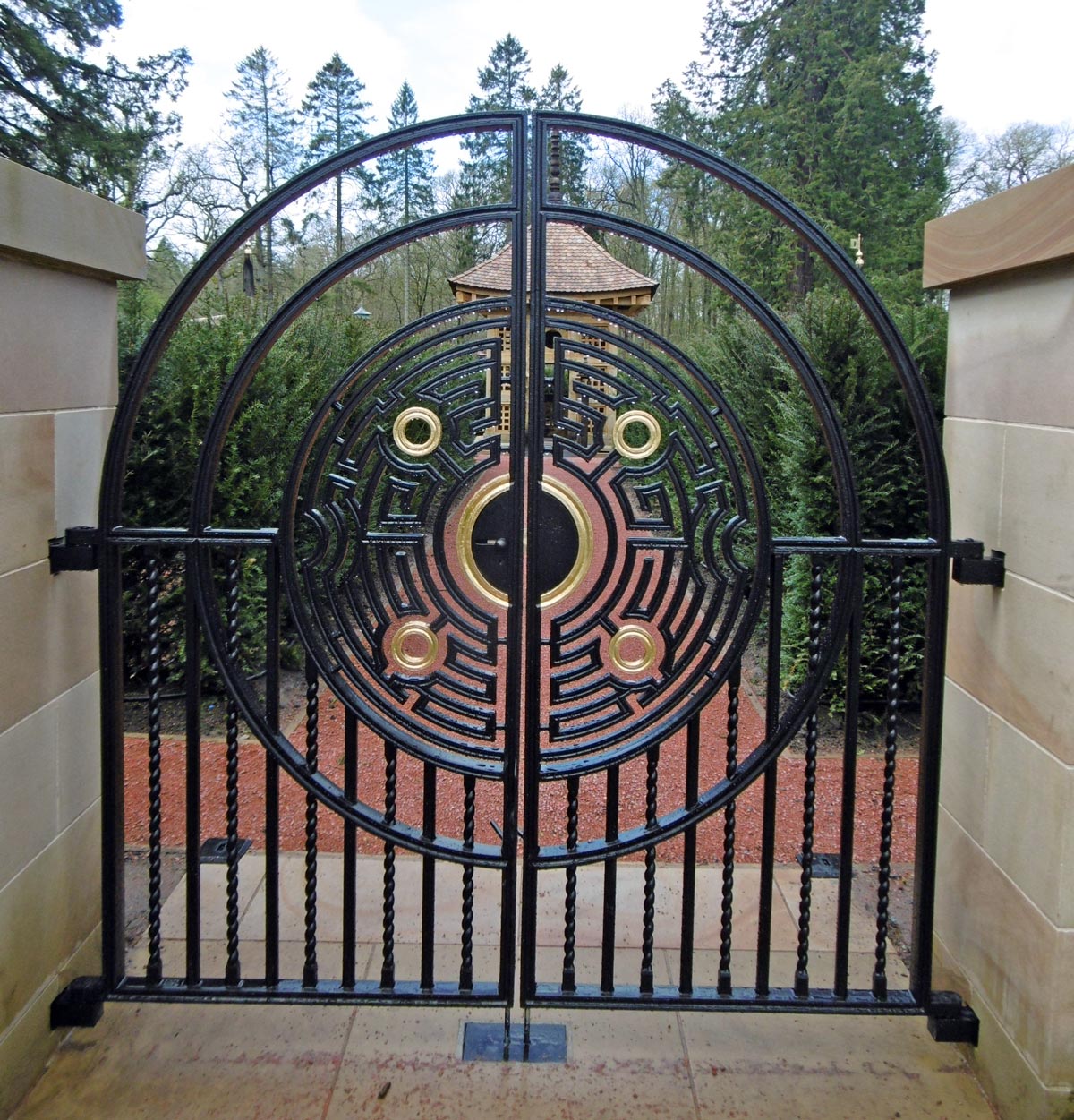 Of course, if you already have well established topiary in your garden, then you may like to complement that with other features. Above are the wrought and cast-iron gates at Dumfries House, forming the entrance to the maze. A favourite location of HRH Prince Charles, he did have design input to the gates, which we then produced and installed. Finally, another glimpse of some fine topiary at Rufford Old Hall, Lancashire. 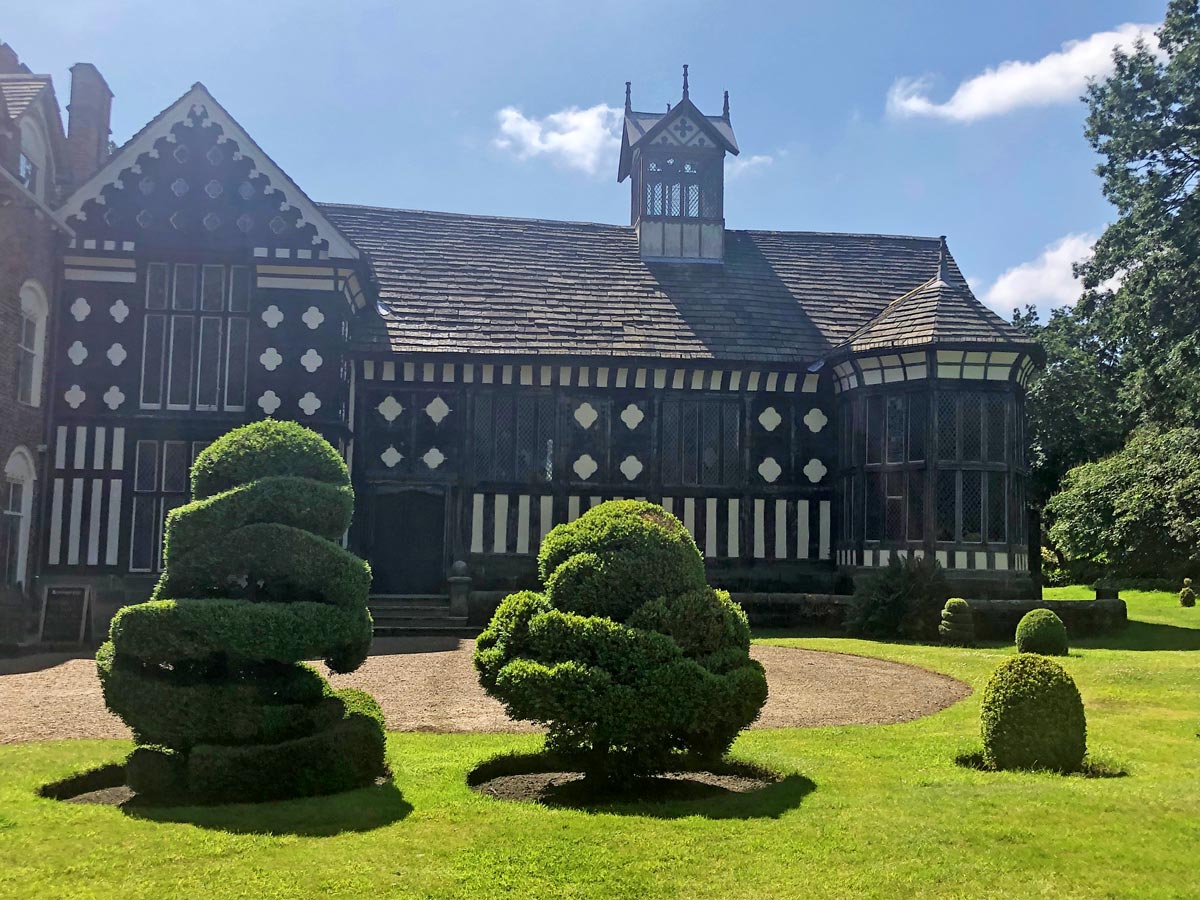