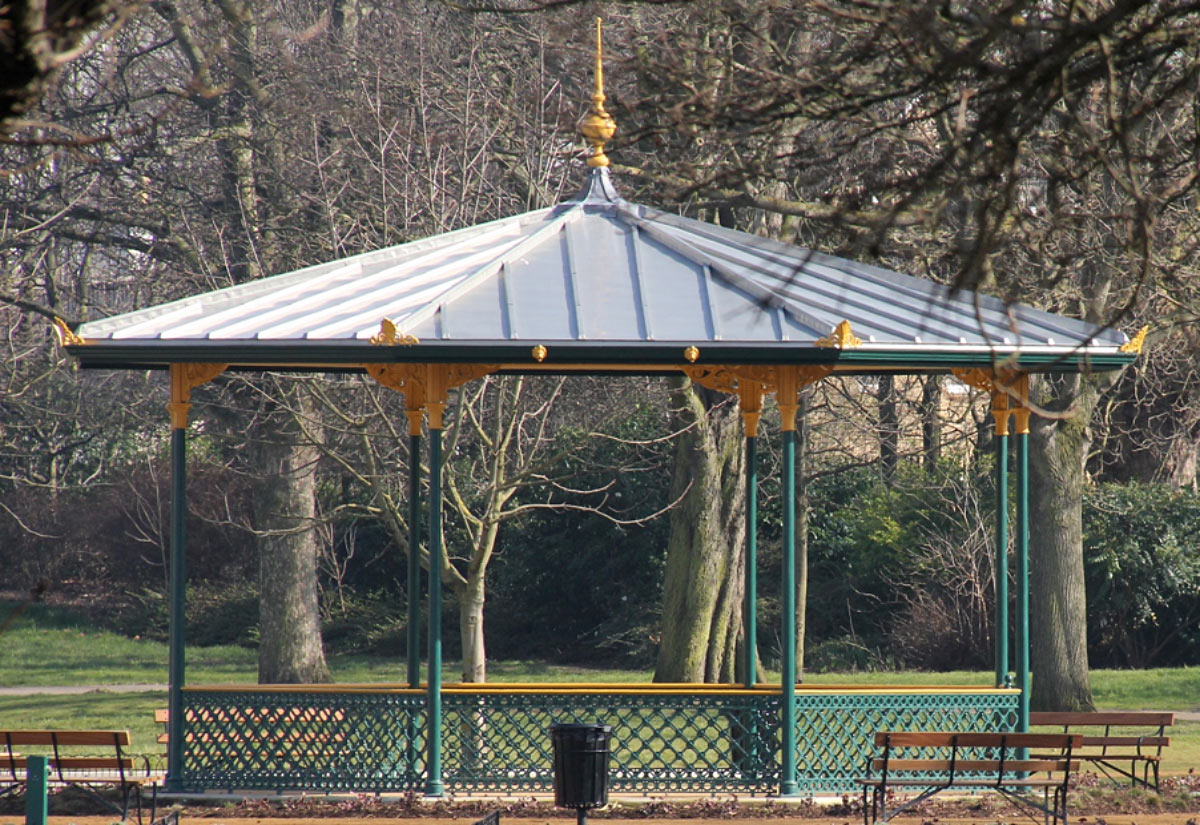 The image above shows a classic Saracen Foundry pattern no. 224, as produced by Walter MacFarlane & Company of Possilpark, Glasgow, one of the largest, most important and influential of the decorative cast iron producers of the Victorian and early Twentieth Century periods. The bandstand shown is in Wandle Park, Croydon and was produced by Lost Art to match the original installation, which had been lost.

It is not unique in the UK but one of a small number of survivors; a few of which have also been repaired or reproduced by Lost Art. Recent examples can be found at St Helens, Swanage and in The Pump Room Gardens, Leamington Spa, for which we won an award.

The scarcity of the design, the history of the foundry, the relevance of cast iron to our heritage, plus the wealth of social history relating to these public structures make them an important link to the past in both local and national terms.

The bandstands are made up of a number of components and these are identified within the catalogue illustration and the individual elements are also illustrated within the MacFarlane Company Catalogue. Lost Art Limited carry a number of original catalogues as part of our archive.

In keeping with other foundries of the time, the Macfarlane Foundry produced a number of different bandstand designs. However, individual components such as columns or antifixae may be common to different designs of bandstand.

In order to fully reproduce missing bandstands, or to restore those that have fallen into disrepair, Lost Art Limited now possess a full set of patterns, allowing us to create new castings of all the components of an original bandstand. However, not only can each of the components be incorporated into a bandstand but they can also be used as components of other structures as well. Thus, the columns shown in the bandstand design may also be used to produce a porch or veranda and the brackets from the top of the columns may form a support for a balcony. We can supply castings of the individual components to include in your own projects, or as part of a Lost Art design. 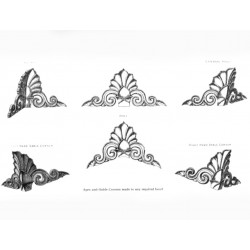 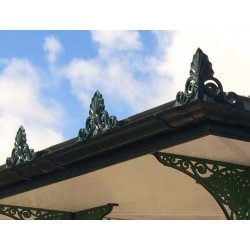 New
Antifixae
Also referred to as terminals and corner terminals, the design features a number of profiles in order to suit the orientation required for a particular location. This casting can be utilised as an embellishment feature in a variety of locations. They are shown below included in the restore..
£0.00
Ex Tax:£0.00
Add to Cart
Add to Wish List Compare this Product
Buy Now Ask Question
Quickview 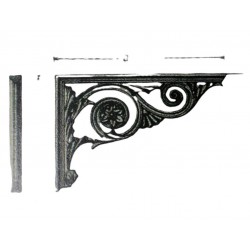 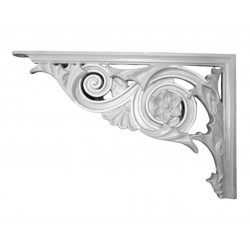 New
Column Brackets No. 92
Also referred to as spandrels or spandrils, these castings can serve a variety of purposes, such as supports for small balconies, as part of a small verandah design, to support window boxed etc. Casting Size: 2’ 11/4” x 1’6”..
£0.00
Ex Tax:£0.00
Add to Cart
Add to Wish List Compare this Product
Buy Now Ask Question
Quickview 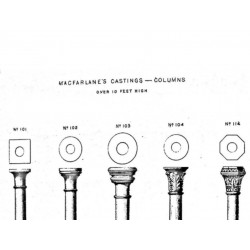 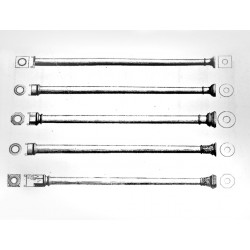 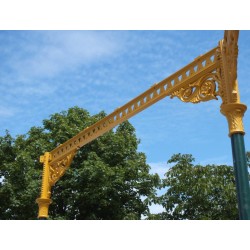 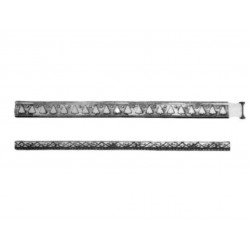 New
Girder No.2
Also known as an ‘I’ Beam, due to the cross section of the component, it also forms a part of the ring beam of the bandstand. Although intended to provide structural strength, the girder also adds to the decorative nature of a structure. The beams can therefore be included in other s..
£0.00
Ex Tax:£0.00
Add to Cart
Add to Wish List Compare this Product
Buy Now Ask Question
Quickview 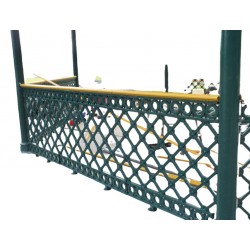 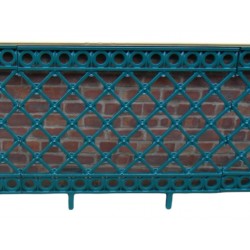 New
Railing Panel No. 1106
The decorative railing panel also adds stability to the structure of a bandstand and can also be incorporated into other designs as required. We can also offer different profiles of handrail to sit on top of the railing panel should this be required. Additionally, the panels can be a..
£0.00
Ex Tax:£0.00
Add to Cart
Add to Wish List Compare this Product
Buy Now Ask Question
Quickview 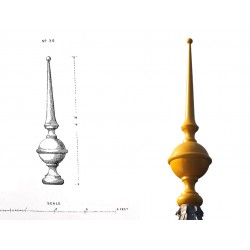 New
Terminal No. 36
As viewed on the roof of the bandstand illustration, the terminal is suited to become the focal point of a variety of designs. Casting size: 4’ 2”..
£0.00
Ex Tax:£0.00
Add to Cart
Add to Wish List Compare this Product
Buy Now Ask Question
Showing 1 to 6 of 6 (1 Pages)