The Mesnes Park - A Coalbrookdale Design 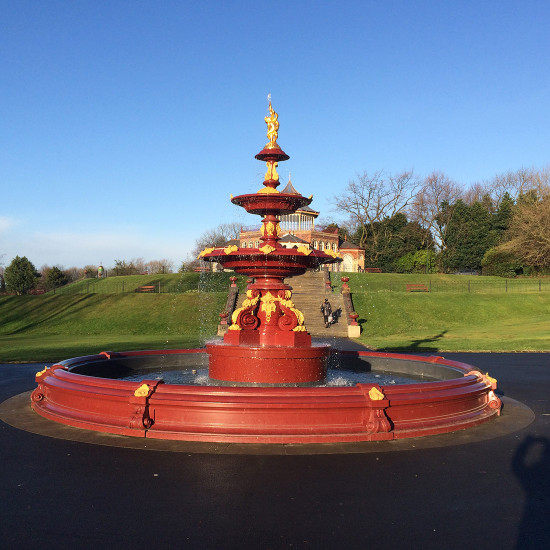 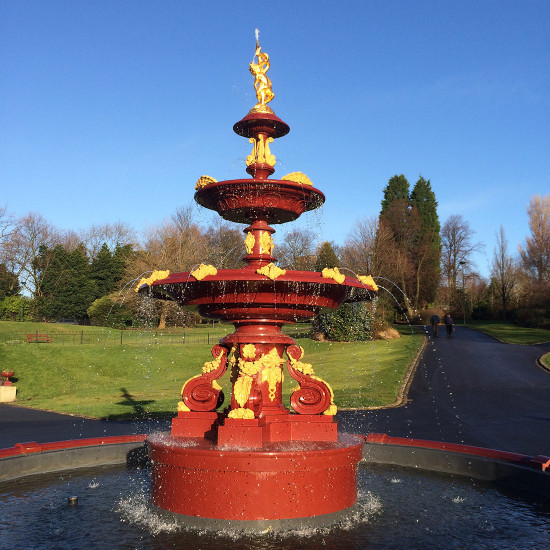 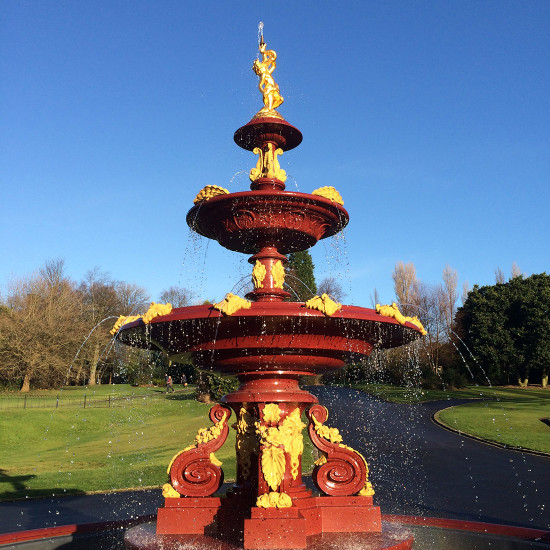 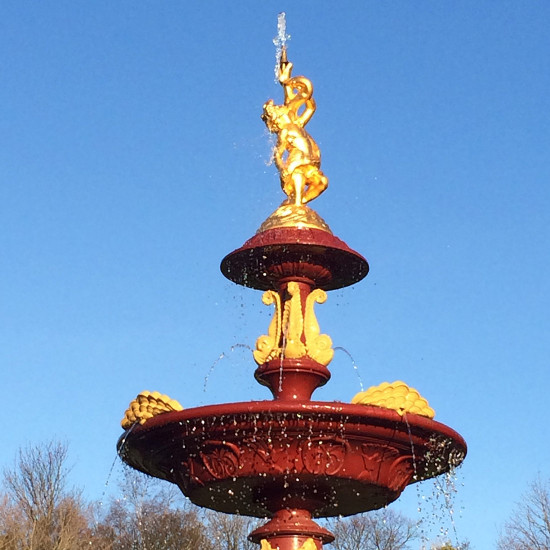 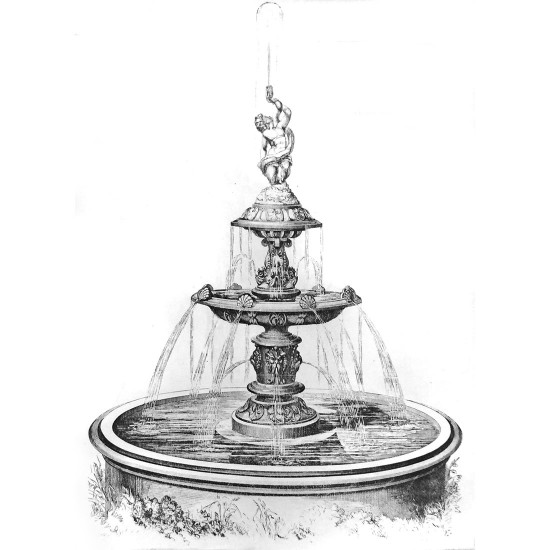 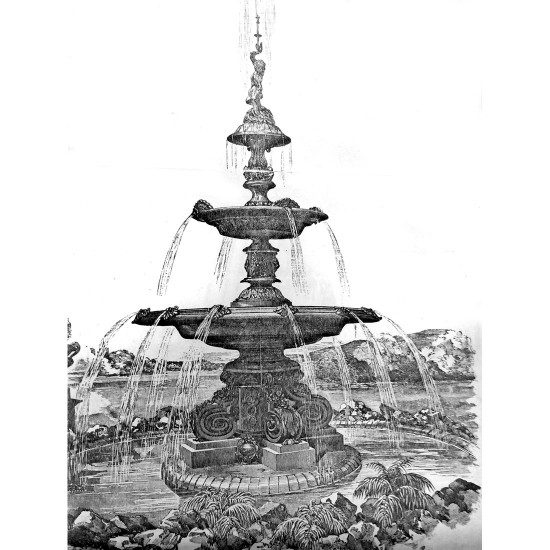 The Mesnes Park - A Coalbrookdale Design

A fabulous 3-tier fountain with a cast pool surround.  The design is crowned by a cherub holding  snake and proceeds through the remainder of the structure via a mixture of figurative representations, such as carp and lion’s heads and rocks, to more stylised decorative features, each incorporating naturalistic elements, highly reflective of the period in which the fountain was developed.

The original fountain, supplied by Coalbrookdale Ltd was installed in the 1880’s and represented a fine example of Victorian decorative cast-iron from one of the most innovative and influential producers of the age.  Unfortunately, the fountain was removed during the 1920’s and the space remained unfilled until 2014 when Lost Art provided an exact replica. The Foundry had also installed a sister fountain in Lurgan in Northern Ireland, which we were able to fully reproduce, based on 3D scans.
As we now have a full set of patterns, we are able to produce this design of fountain as required.  There is also the option to produce a shorter version of the fountain, as was also advertised in the company catalogues of the time.

Additionally, we can amend the design to produce a bespoke and unique item.  For example, we can replace the top figure with other figurative forms, such as the Temperance statue featured in our pattern archive, or the classic ‘Boy with an Oar’ that graces a number of Victorian originals, both full fountains and drinking fountains throughout the UK.

Please feel free to discuss any ideas that you may have.

This fountain is available produced and delivered to site
Additionally, we can provide a quotation for a full delivery and installation service

PRICE FOR BOTH OPTIONS ON APPLICATION