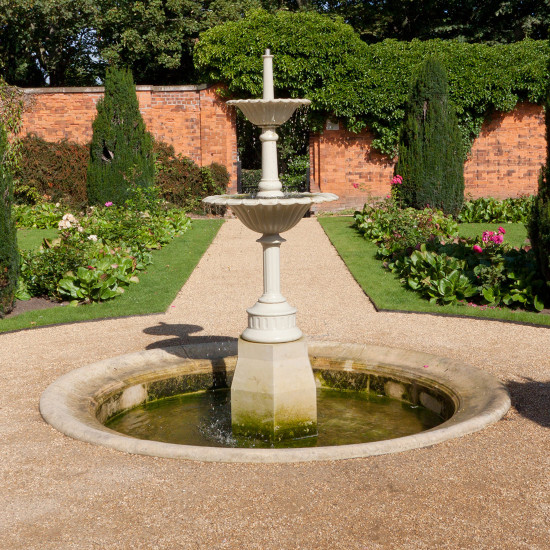 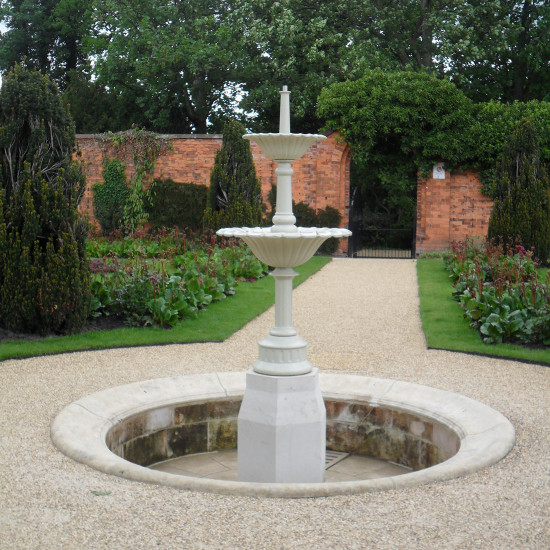 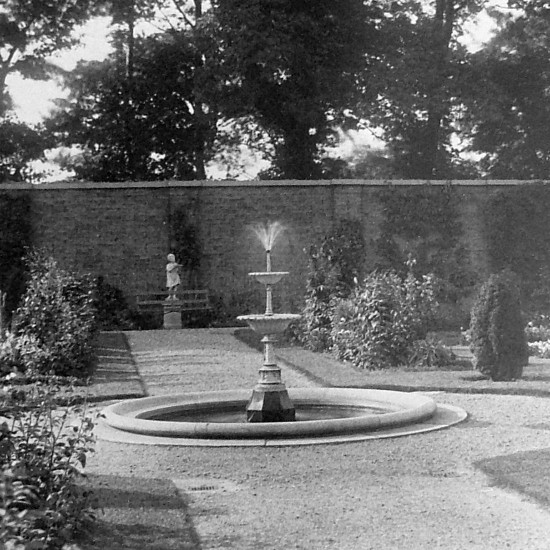 A classical Victorian fountain that has a simple, yet stylish design.

The small two, tier fountain is suitable for gardens with a well-defined lay-out where it can act as a centrepiece.

The example shown is within a walled garden at Castle Park, Frodsham, in the grounds of what was previously a stately home.

Working from Victorian photographs, such as the one shown, which were part of the property archive,  Lost Art were able to fully recreate the original fountain.

The reinstatement process involved the production of patterns for each of the components of the fountain.  These were then used by the foundry to produce the cast iron components that make up the fountain

We are now able to fully reproduce the fountain as shown.  As is the case with the work of the major Victorian Foundries producing decorative architectural and landscape ironwork, there is also the option to produce a bespoke design based on the original but with the addition of features from other fountains.

We would be happy to discuss any potential commission on either a reproduction or bespoke basis.

This fountain is available produced and delivered to site
Additionally, we can provide a quotation for a full delivery and installation service

PRICE FOR BOTH OPTIONS ON APPLICATION