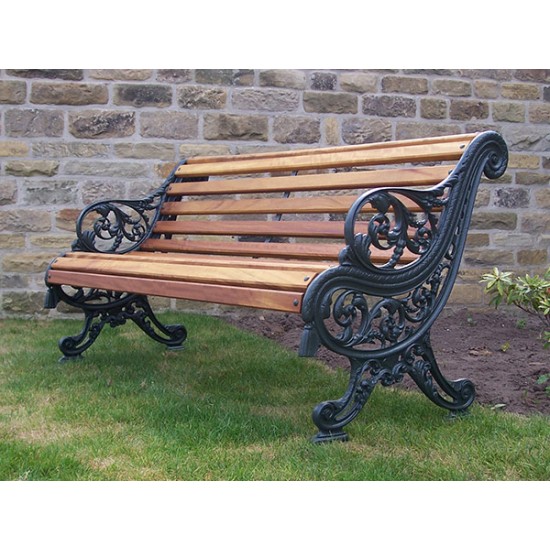 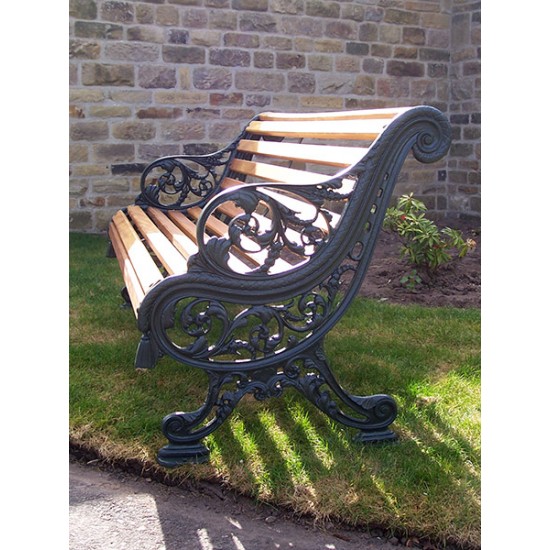 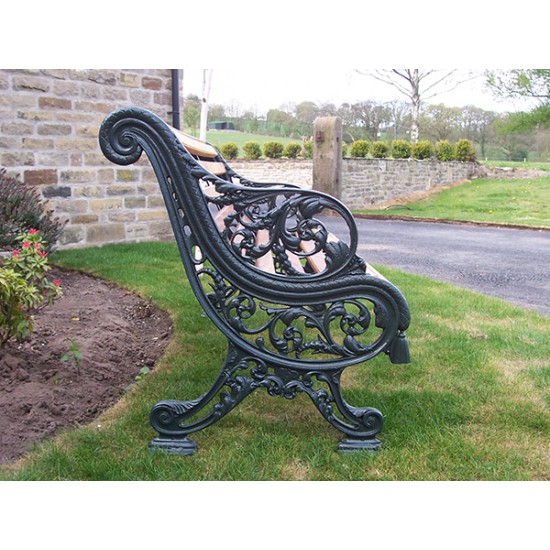 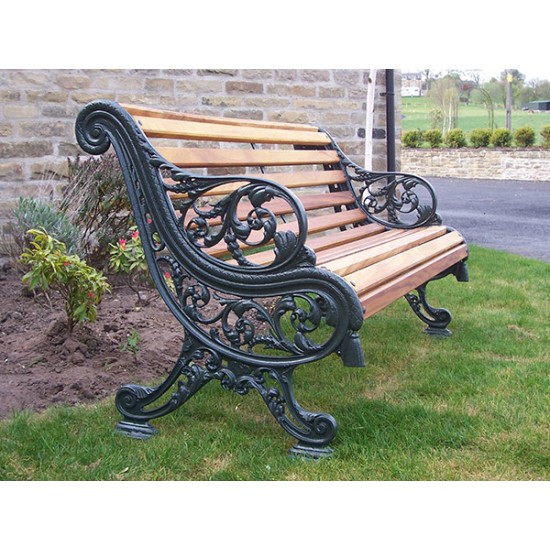 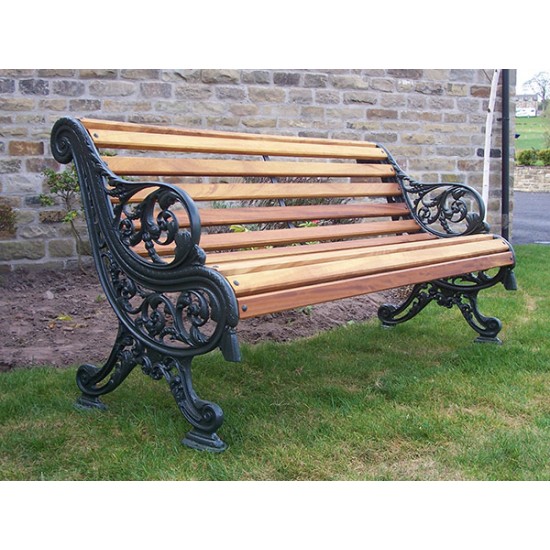 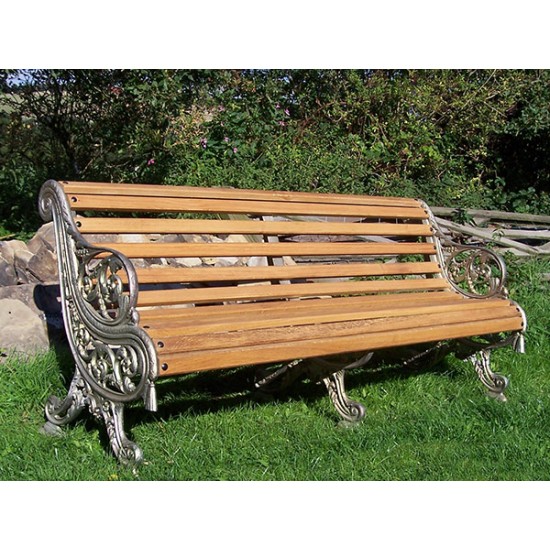 The bench features a timber slatted back and seat, the cast end terminals with overscroll ends & supports & pierced with scrolling foliage, hung with tassels. Examples can be seen in London's Kensington Gardens.This the bench depicted in the scene in the cartoon version of 101 Dalmatians where the two human characters first meet. Coincidentally, the live action version of 101 Dalmatians was filmed in Battersea Park, where Lost Art provided the pattern for the cast benches & supplied the wrought iron and timber Cartmel Benches.